A large part of Christophe Canato’s practice has concerned same-sex orientation. LGBT rights make significant progress but same sex orientation is still first cause of teenager suicide in Western countries, extreme violent homophobic criminality and subject to death penalties in a large number of countries over the globe. Same sex relationship is still seen as pervert and provocative.

Each final image is composed by two portraits positioned intimately. Technically, Canato has erased some sections to his digital composition in order to propose a fused single portrait.

Facial hair is an additional factor that makes the characters more unbearable. They are not there for the sole purpose of emphasizing virility but as a prop in reference to folklore and belonging to a group such as cultural or a religion. 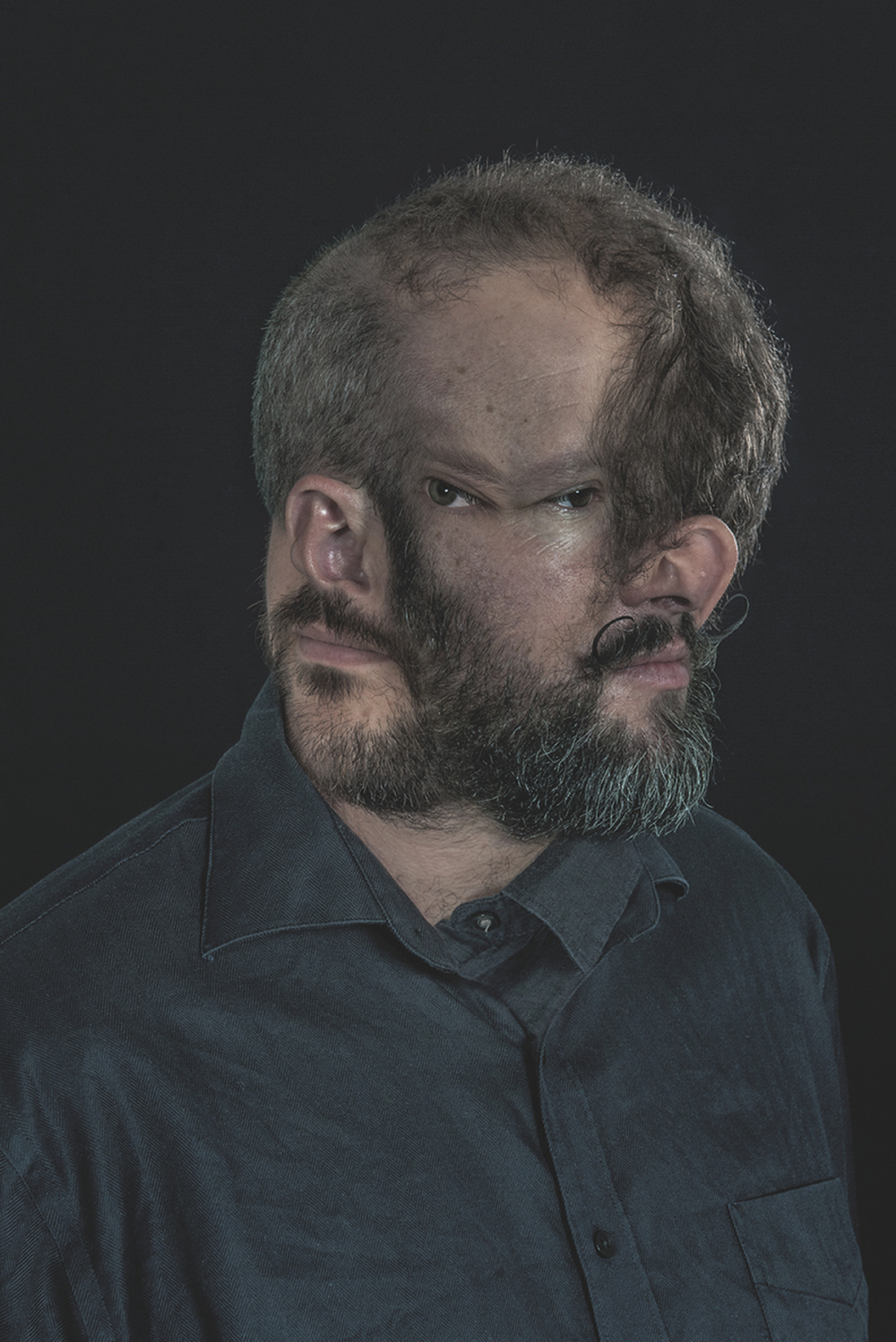 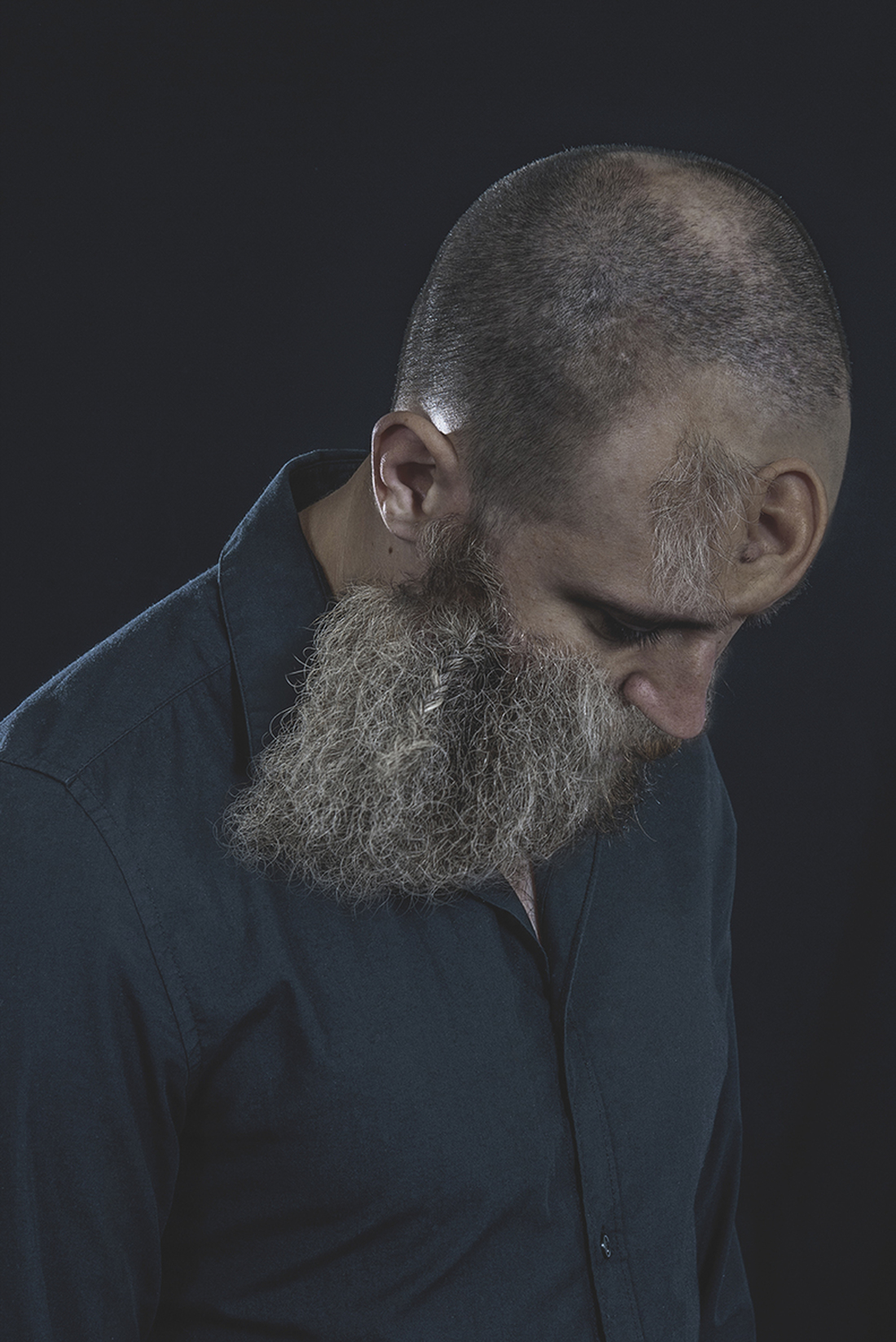 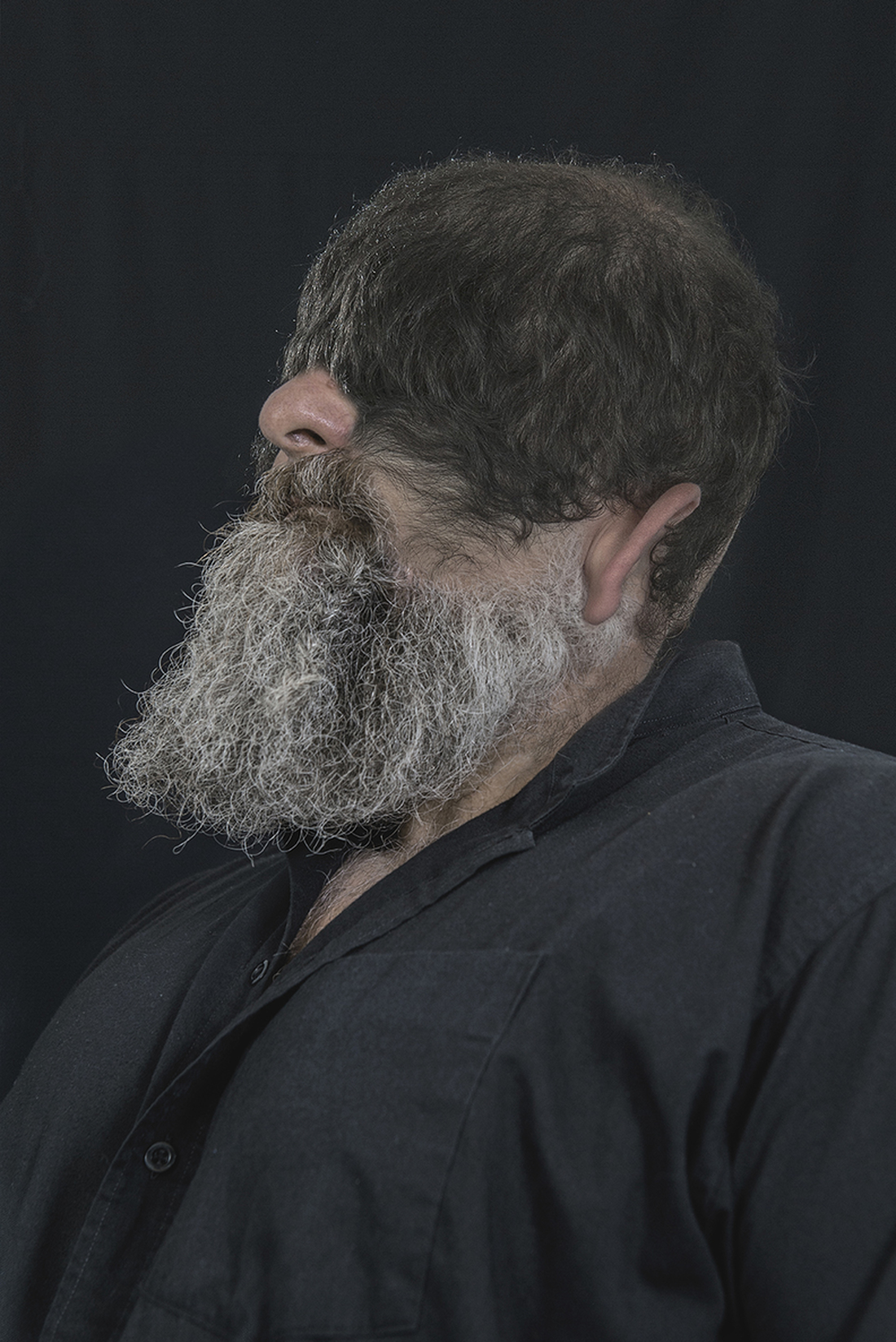 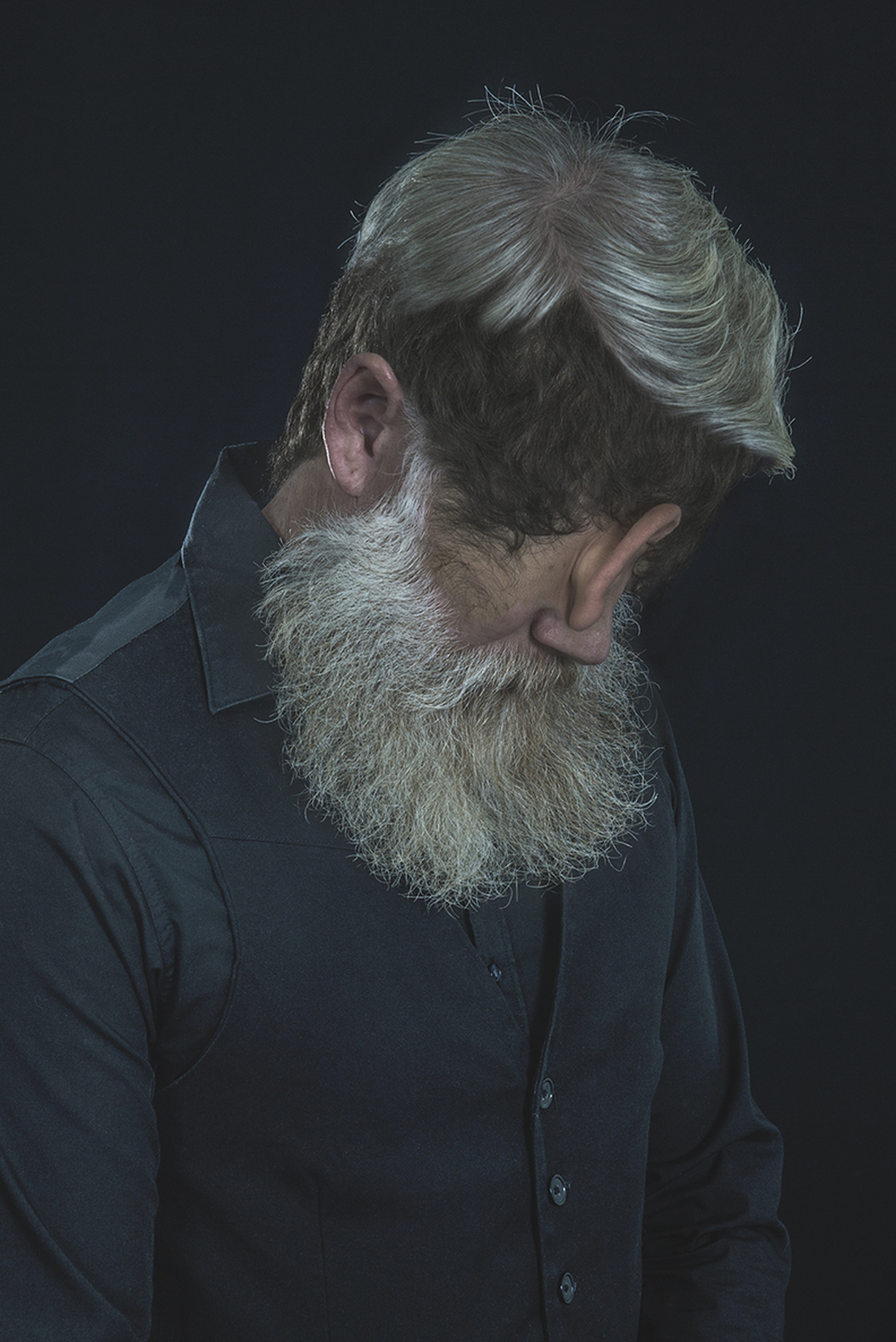 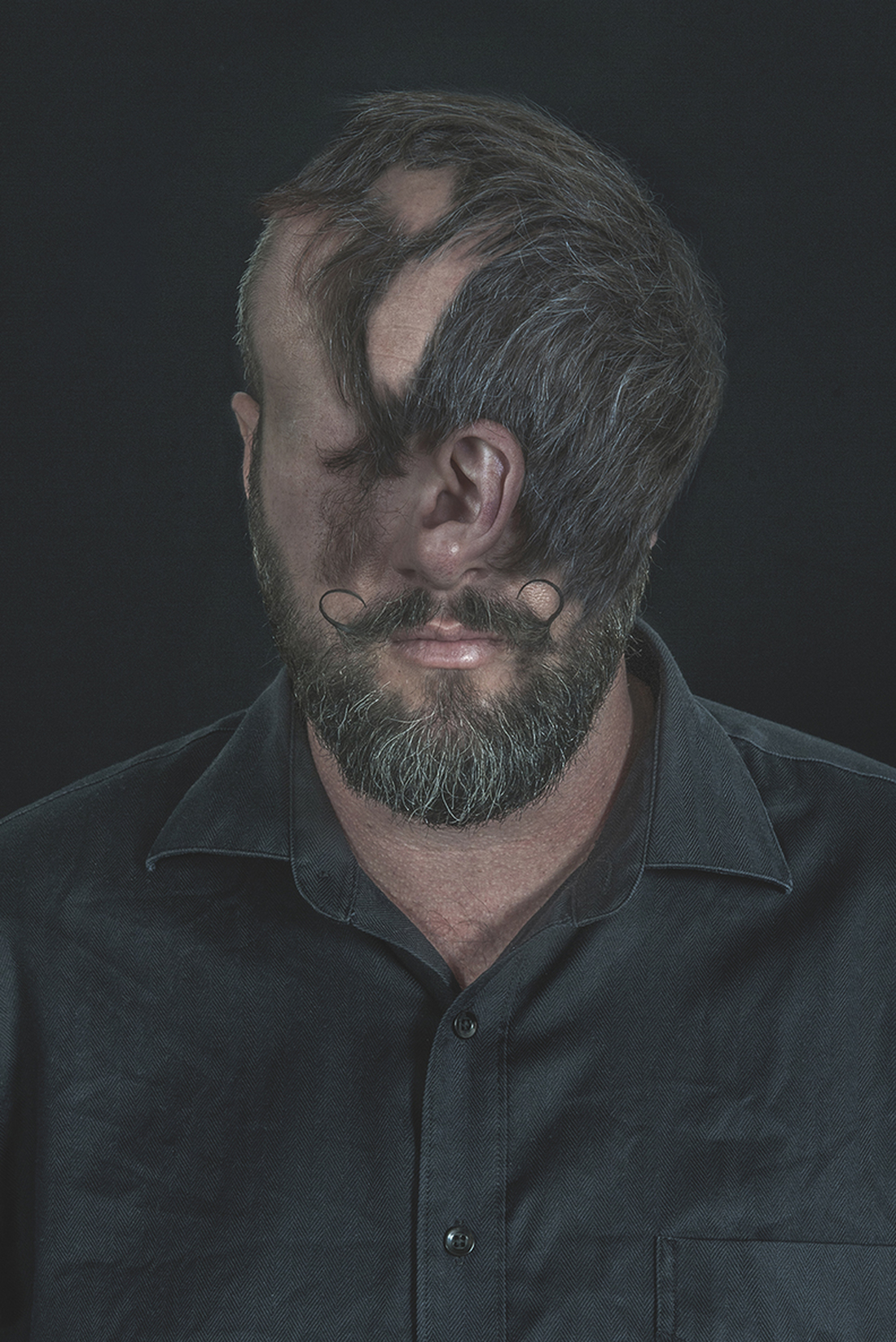 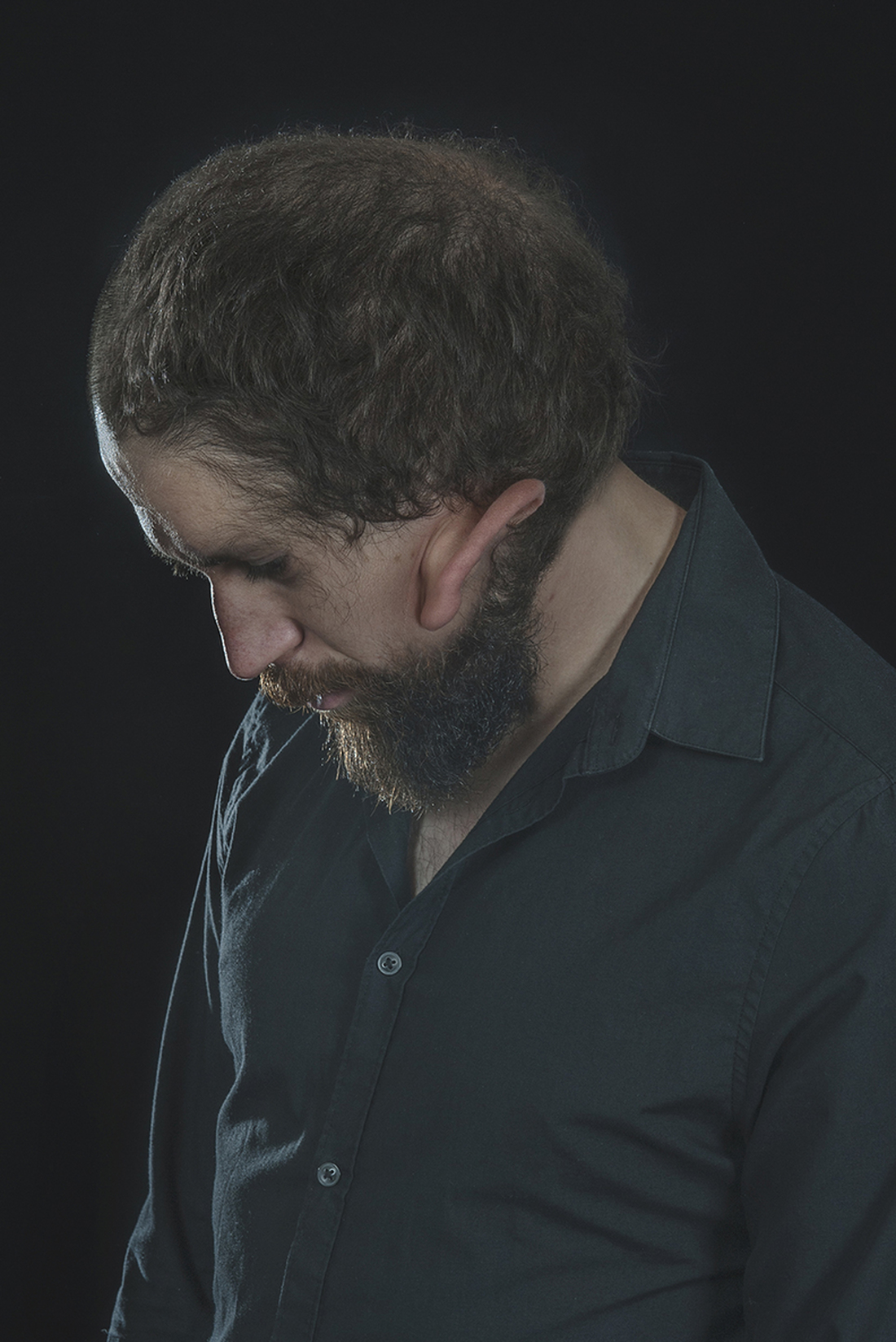 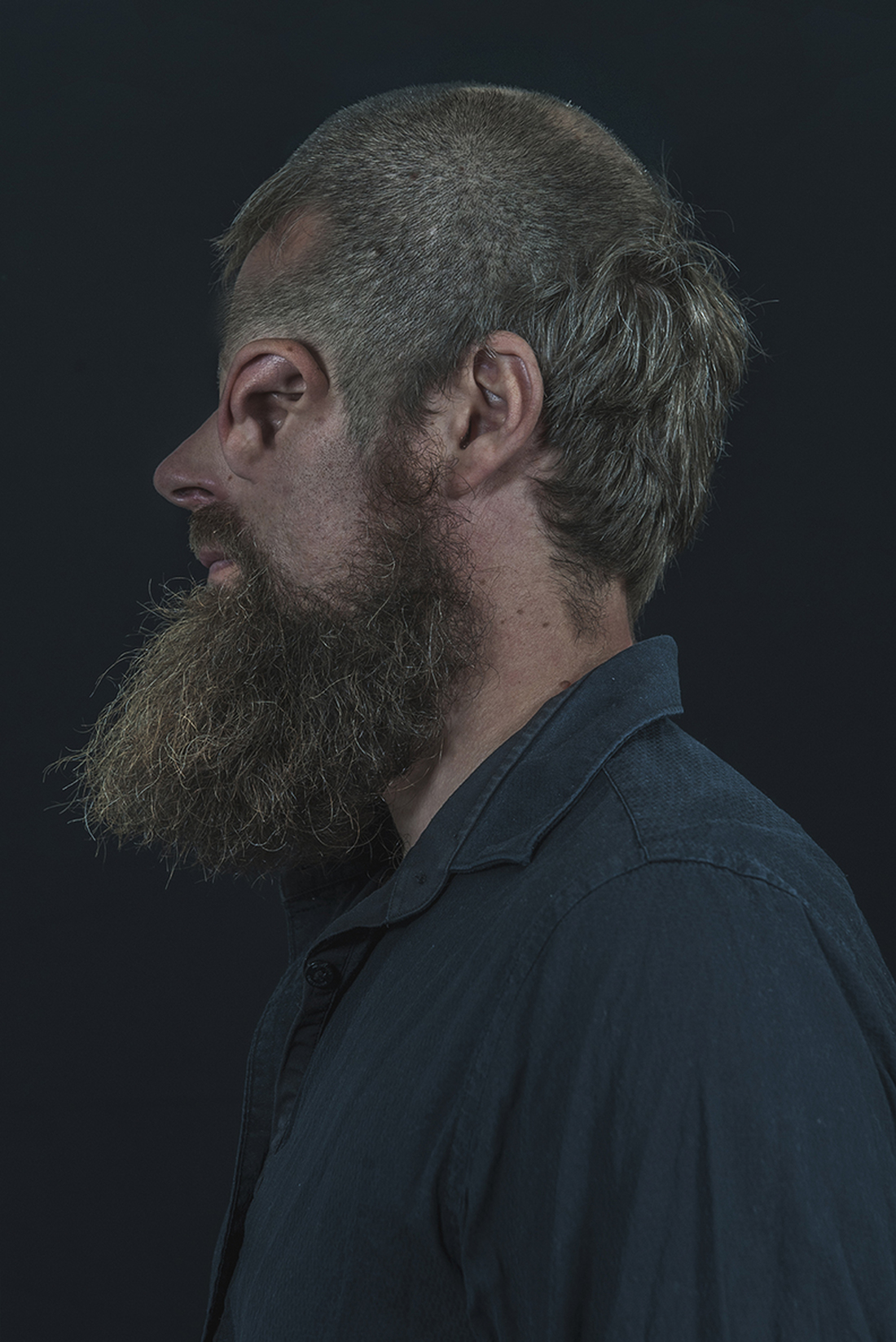 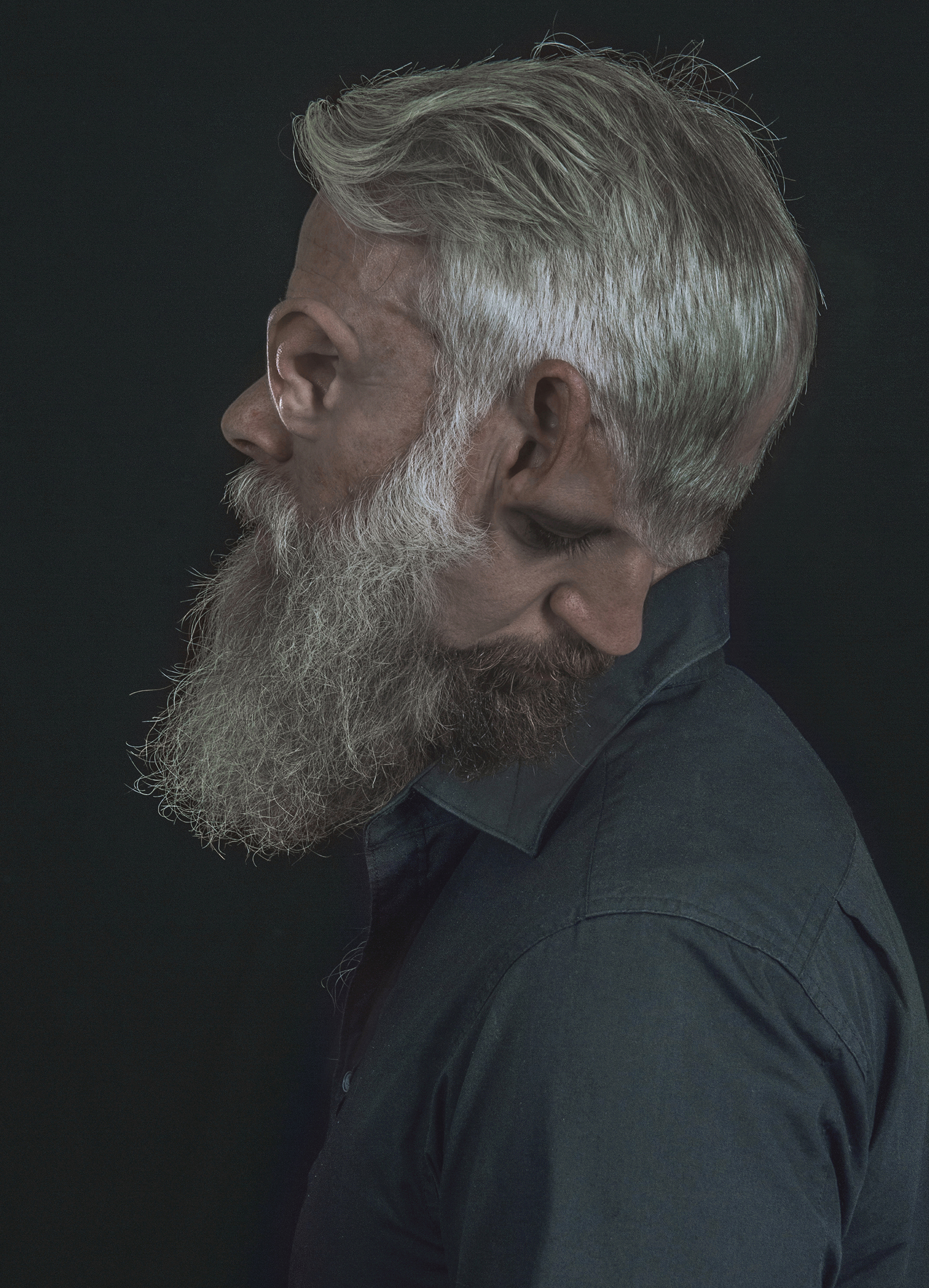 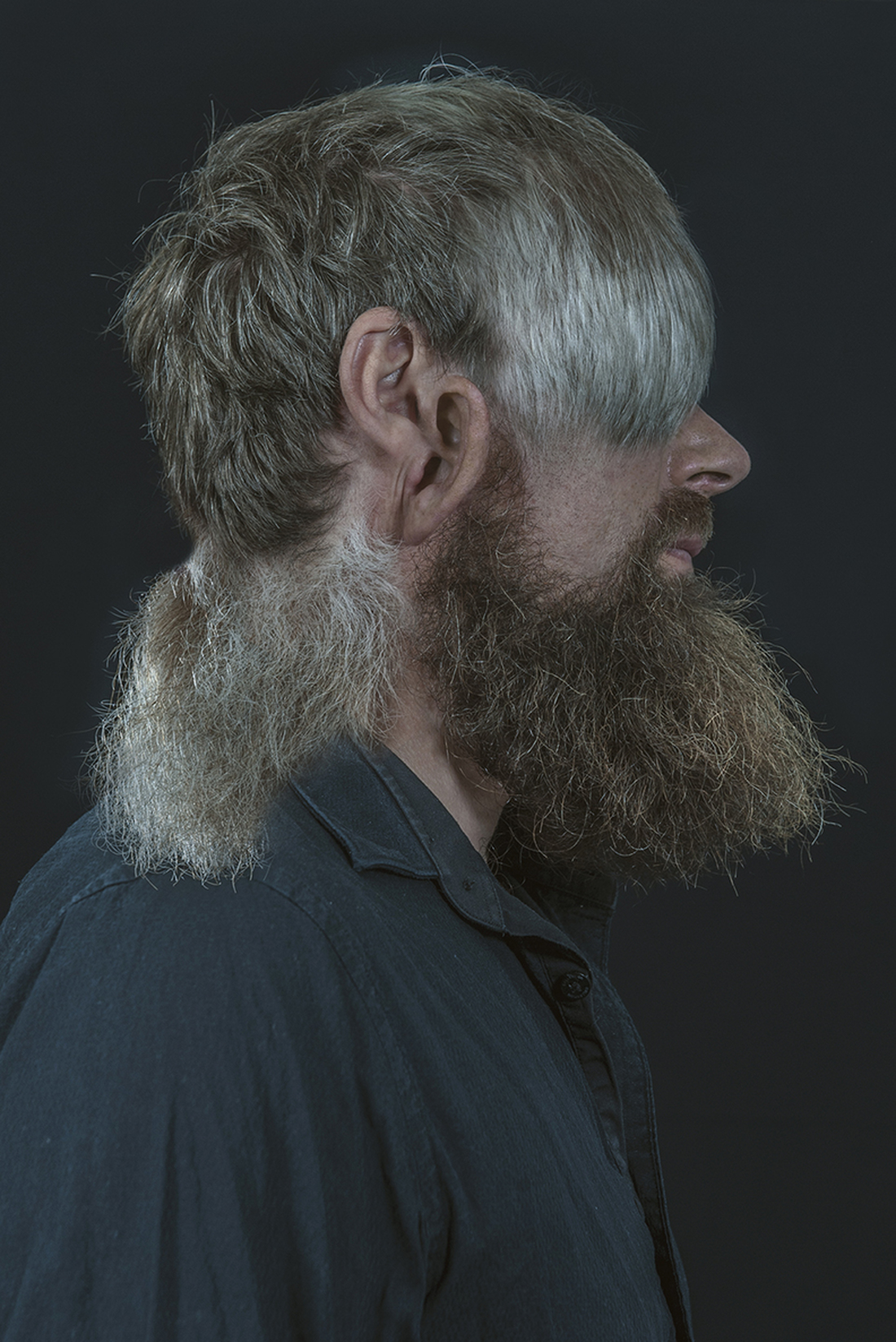 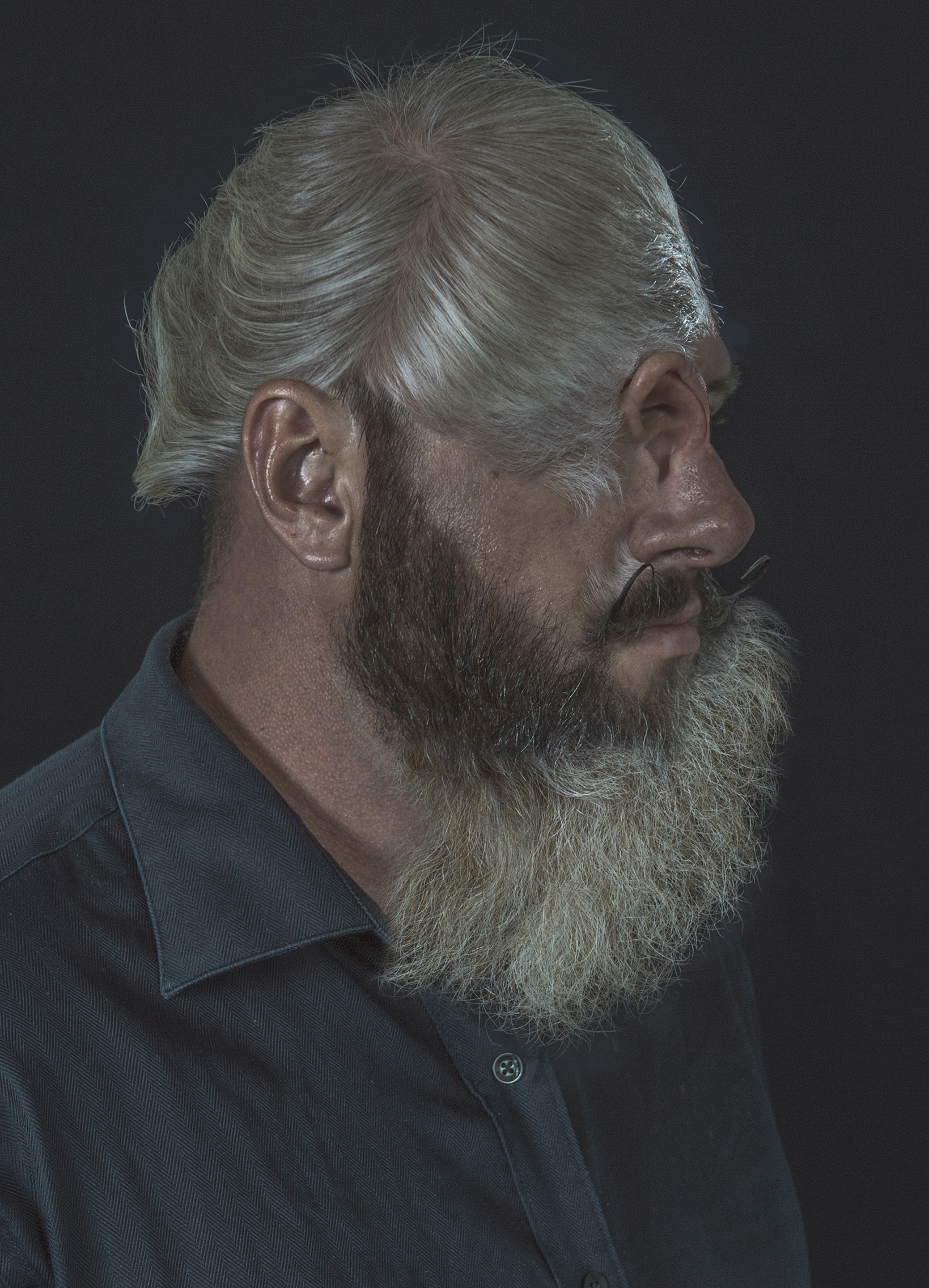 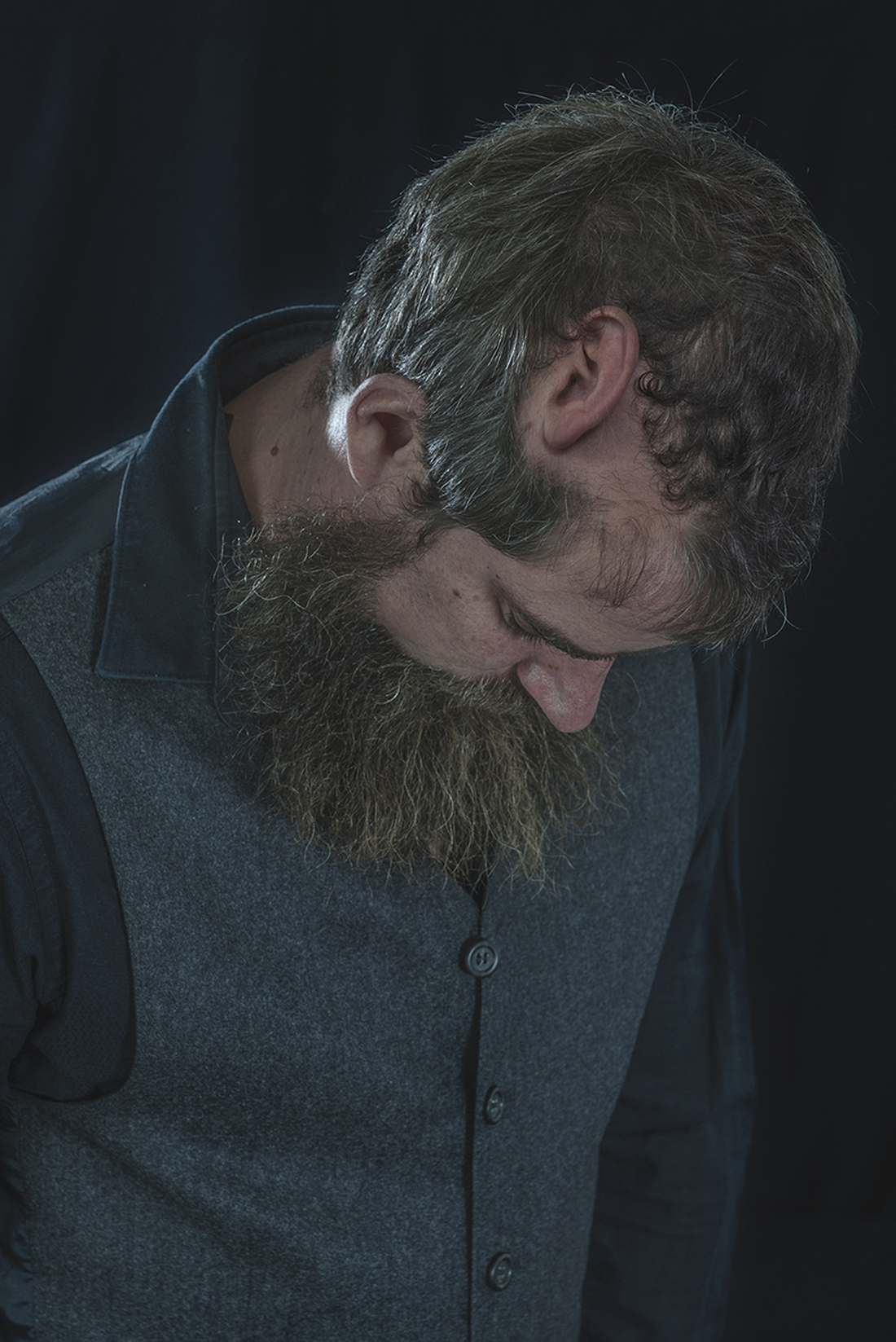 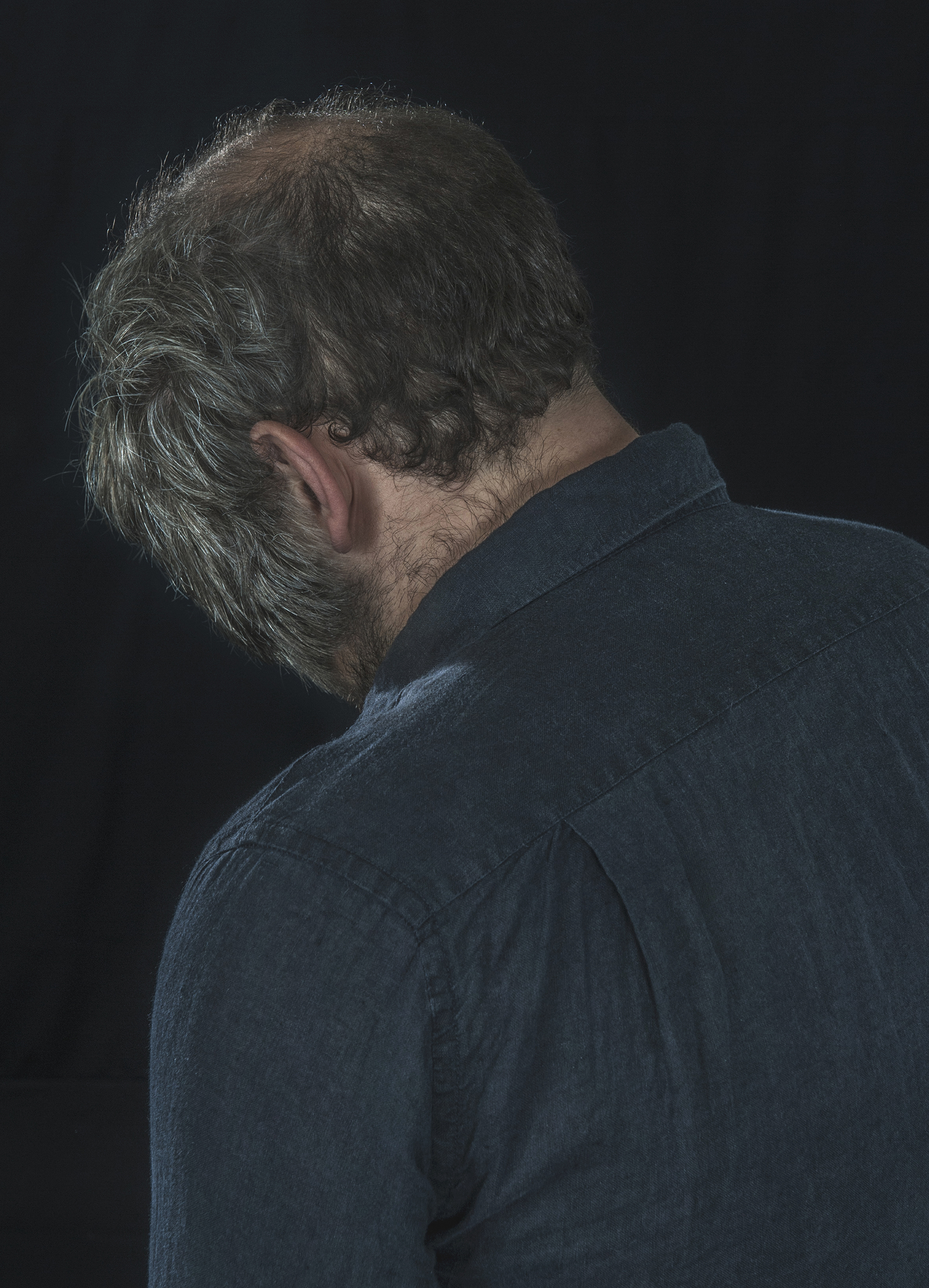 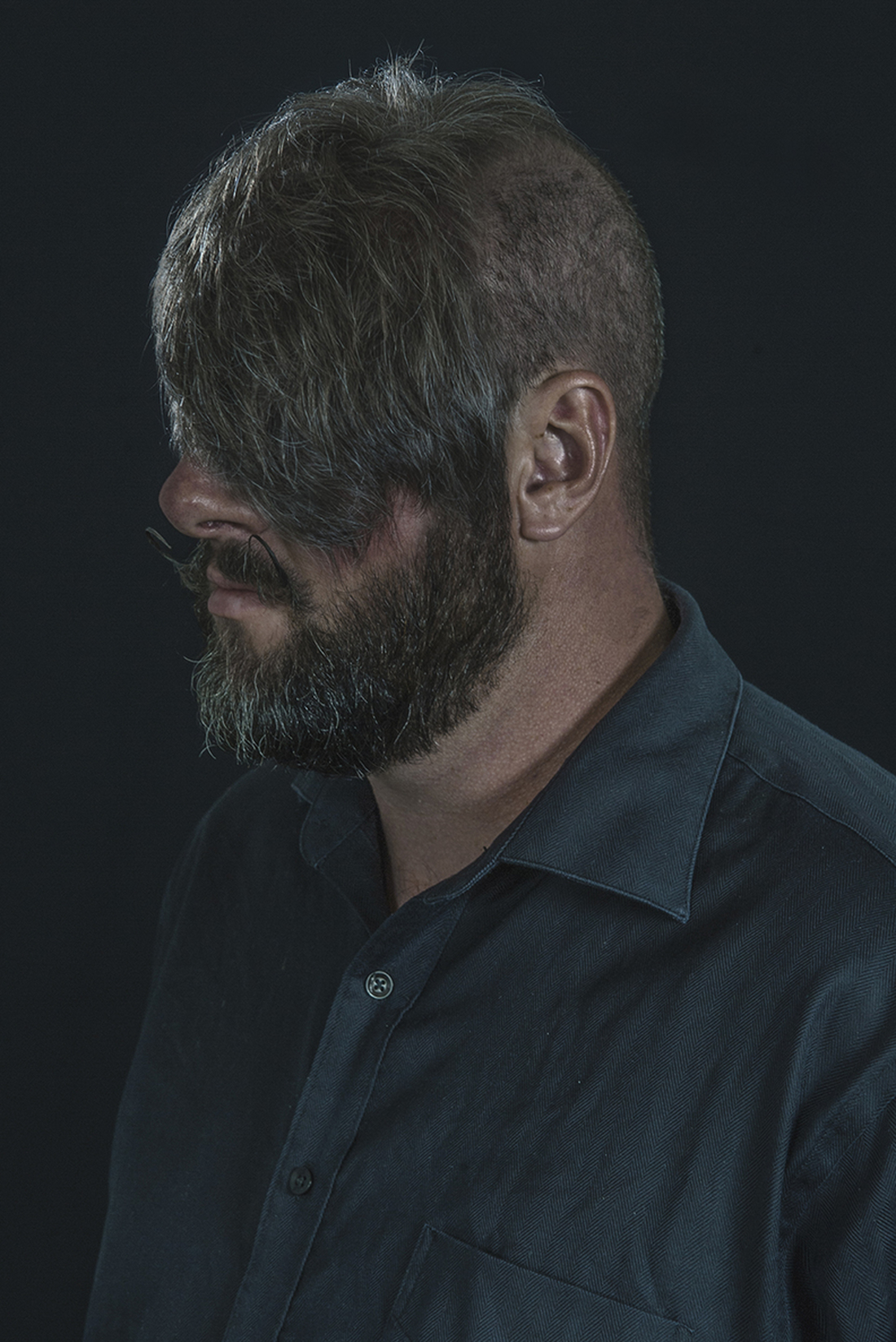 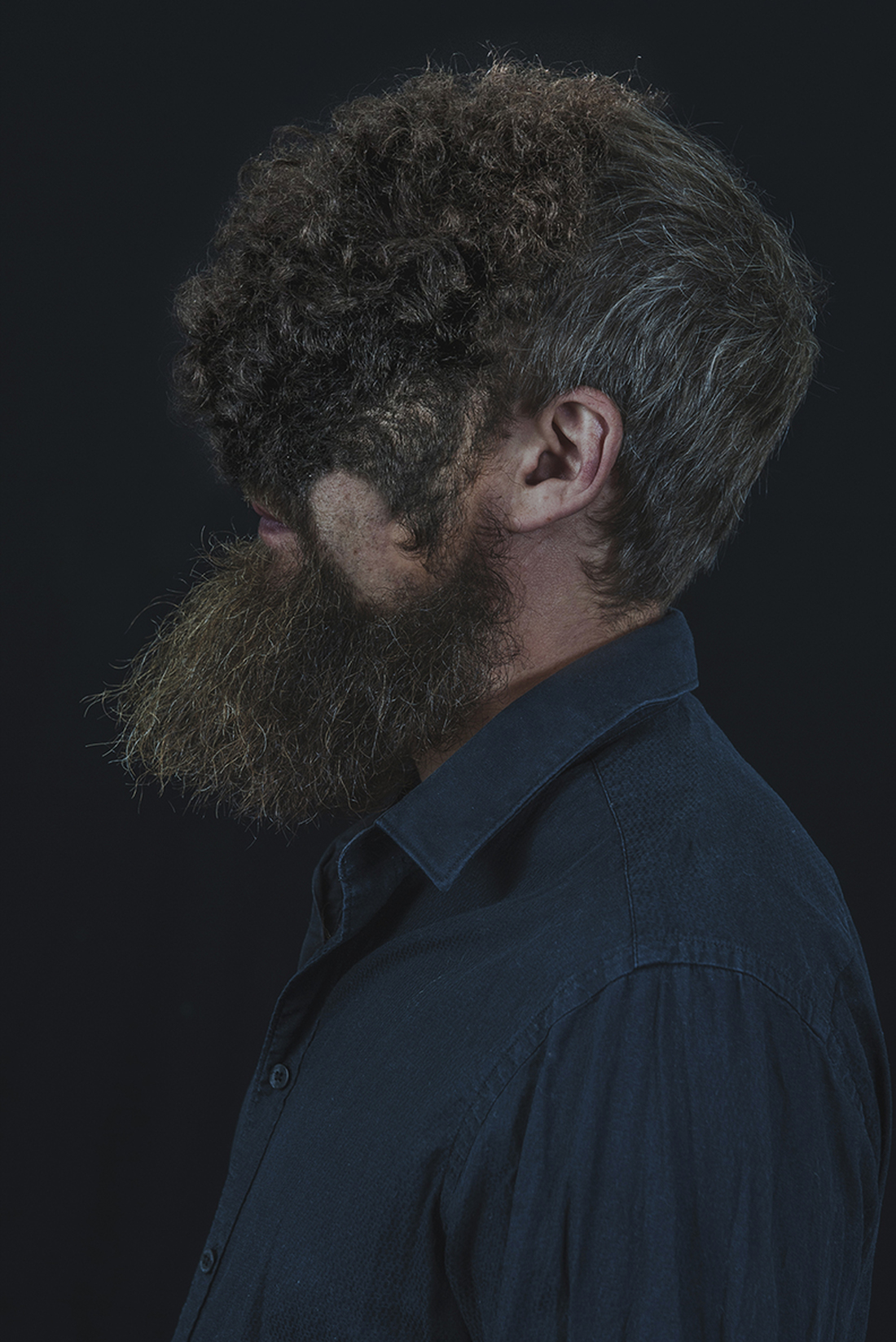 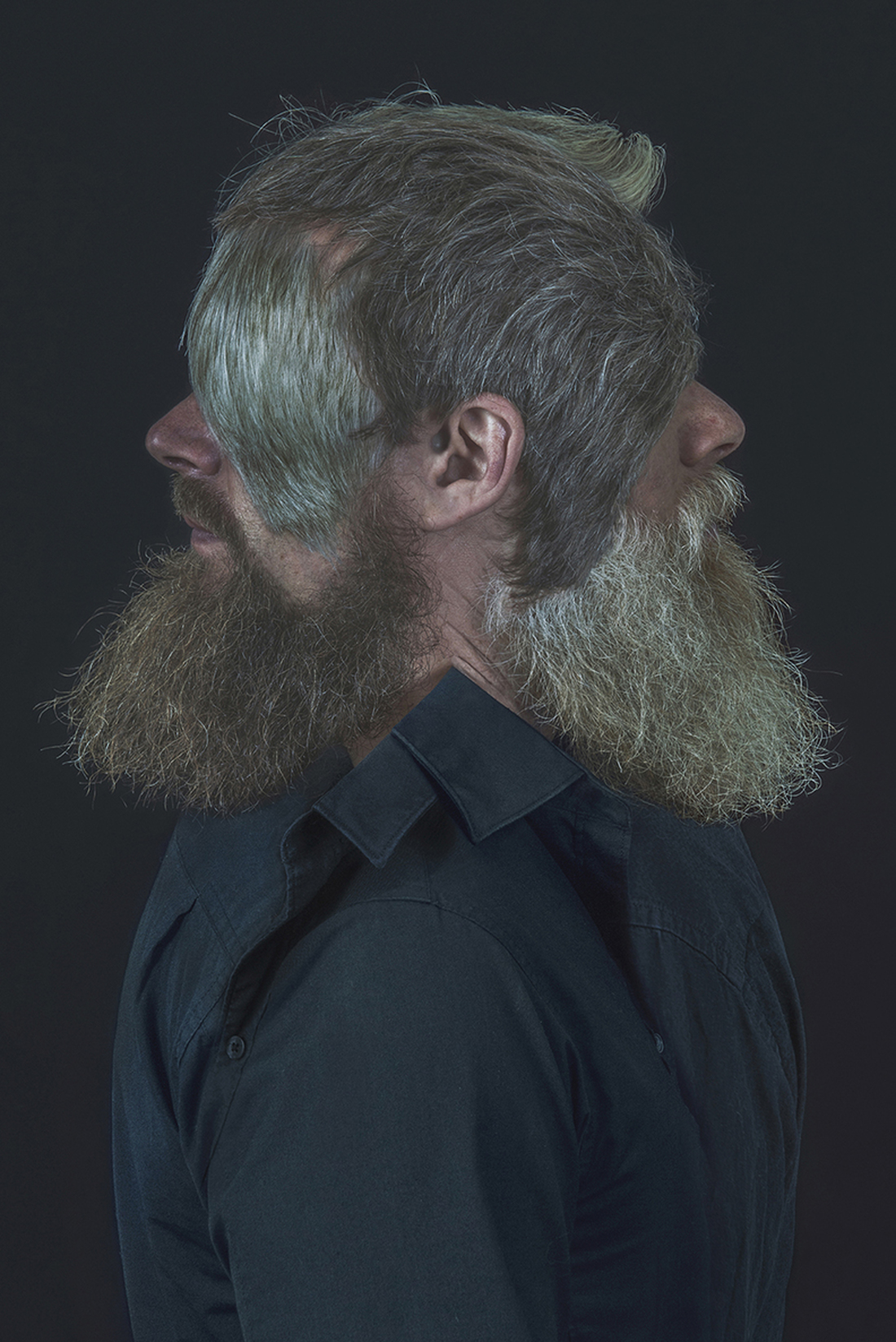